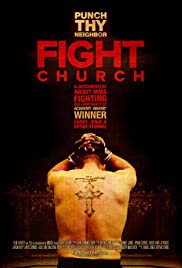 Academy Award Winning Director, Daniel Junge (Saving Face) and director Bryan Storkel (Holy Rollers: The True Story of Card Counting Christians) team up with producers Eben Kostbar and Joseph McKelheer (The Hammer) for a feature documentary about the confluence of Christianity and mixed martial arts, including ministries which train fighters. The film follows several pastors and popular fighters in their quest to reconcile their faith with a sport that many consider violent and barbaric. Faith is tried and questions are raised. Can you really love your neighbor as yourself and then punch him in the face?