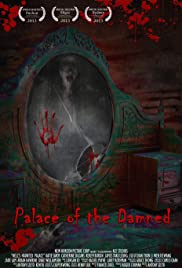 Following in the footsteps of her late fiancée, who drowned under mysterious circumstances, Rebecca (played by Katie Savoy) and her film crew are in China making a documentary about the Chinese Ghost Festival. There, she learns of a story about a concubine Chan Ju Chi who is violently murdered and thrown into a well by the head concubine Ping Wei (Played by JuJu Chan) within the secret grounds of a palace. Legend has it that the Chan Ju Chi has risen to become a “jiangshi”, killing innocent people in the hope of taking over their bodies. Things take a turn when a worker is attacked in a decrepit well within an old palace. Rebecca tries to piece together the mystery behind the legend as one by one the people she knows are gruesomely murdered.