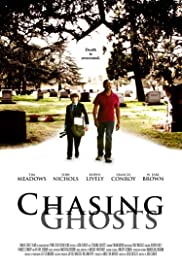 Lucas Simons has become obsessed with death following the loss of his older brother. A shy child, Lucas spends most of his free time filming funerals in an attempt to understand what happens when we die. When Lucas accidentally captures a mysterious presence in one of his films and posts it online, he inadvertently becomes a YouTube phenomenon and the target of media speculation. Suddenly, he and his grief-numbed parents find themselves thrust into the spotlight, shaking them out of their complacency while complicating their relationship. Lucas’s quest for answers leads him toward an unlikely friendship with Chris Brighton (Tim Meadows), a local author who died for nine minutes and lived to tell about it. As Chris takes on a mentor role to Lucas, he helps him navigate the fame while teaching him how to embrace life again and live larger than the shadow of death. (from Nashville Film Festival)