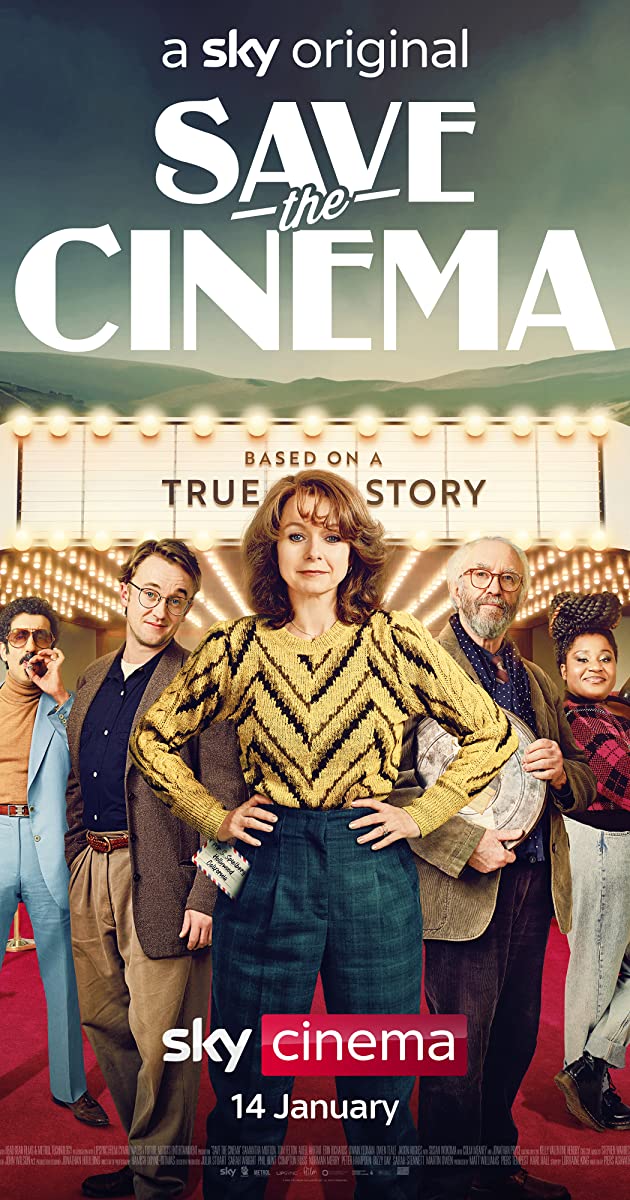 Save The Cinema tells the true story of Liz Evans, a hairdresser and leader of a youth theatre in Carmarthen, Wales, who began a campaign in 1993 to save the Lyric theatre from closure. Alongside then Mayor of Carmarthen Richard Goodridge (the film changes this role to a local councillor), they enlisted the help of Steven Spielberg, securing a special premiere of Jurassic Park.