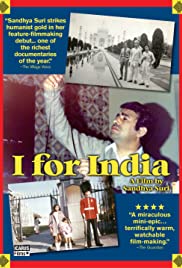 Drawing from 40 years’ worth of film footage and tape recordings her father sent to family members in India, filmmaker Sandhya Suri crafts a personal history that also explores the experiences of Indian expatriates. After moving to Great Britain in 1965, Yash Pal Suri chronicled his discoveries about his new home along with his feelings of alienation. The fruits of his labor appear in this film that received a Grand Jury Prize nod at Sundance.